Small batch recipe for gluten free donuts that are baked soft, sturdy, and covered in a decadent chocolate glaze.  These Gluten Free Vanilla Baked Donuts are easily made with almond flour and maple syrup, and have a powerfully delicious vanilla flavor!  The donuts are dunked in chocolate and finished with cheerful sprinkles.

Add another winner to the lineup of gluten free and small batch sweets!  For starters, who can resist a very vanilla baked donut?  Not me, that’s for certain!  And secondly, a rich vanilla donut that is covered in a rich chocolate glaze and fun sprinkles will have all of us reaching for a second serving!

I know, a baked vanilla donut is well, pretty vanilla.  However, what sets this recipe for Gluten Free Vanilla Baked Donuts apart from the rest is the following:

So, we covered what makes these baked vanilla donuts so tasty.  But one other key feature of this donut recipe is that is also small batch!  I must say I am enjoying taking my new found love for gluten free baking and making it in my trademark small batch portion.

A small batch of donuts may seem controversial, because when it comes to donuts, more is better.  However, this recipe for 6 donuts should be enough to satisfy your morning sweet tooth.

What You Need To Make Gluten Free Vanilla Baked Donuts

Can this donut recipe be doubled?

I have not tested a larger batch and can’t say for certain how they would turn out. But let me know if you try it!

Will a gluten free 1:1 flour blend work instead of the almond flour blend?

I don’t believe it will. I have tested other recipes using a 1 to 1 swap of my almond flour blend and the 1:1 gluten free flour blends, and it did not turn out. Personally, I find the 1:1 blends bake dry and would need other adjustments to the ingredients to make it work.

Can I make this recipe with a different sweetener?

I don’t recommend substituting honey. Honey is more acidic and requires different baking temperatures and time. You could certainly try a granulated sugar, but I can’t say how it will turn out since I have only tested the recipe as written.

The donuts are soft, yet sturdy. I find they have more of a muffin texture versus a cake texture.

The donuts taste like a very vanilla baked donut that is soft, yet sturdy. The donuts are incredibly moist and yield a buttery flavor that is complemented by the rich chocolate glaze.

Does the chocolate glaze dry hard?

Yes, it does! Just make sure to give it a few minutes to set up on the donuts.

My donuts aren’t coming out of the pan. What can I do?

Make certain you are greasing the wells of the donut pan liberally. And if the donuts still won’t budge, you can loosen them from the pan by running a knife or spatula around them. Be sure to get the middle as well! 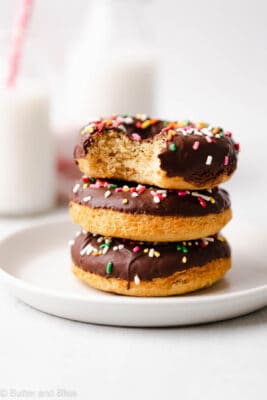 Yield: 6 Donuts
Small batch recipe for gluten free donuts that are baked soft, sturdy, and covered in a decadent chocolate glaze.  These Gluten Free Vanilla Baked Donuts are easily made with almond flour and maple syrup, and have a powerfully delicious vanilla flavor!  The donuts are dunked in chocolate and finished with cheerful sprinkles.
Prep15 mins
Cook22 mins
Total37 mins
Prevent your screen from going dark 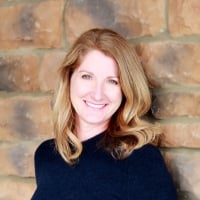 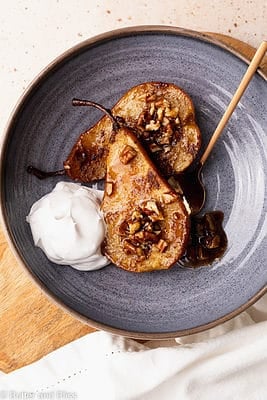 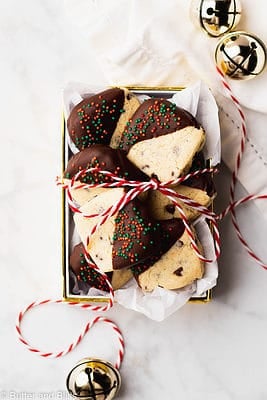 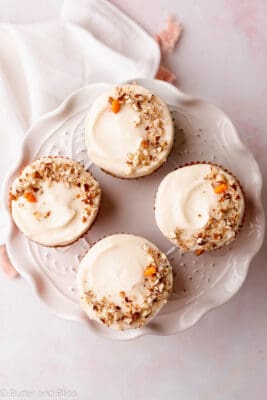 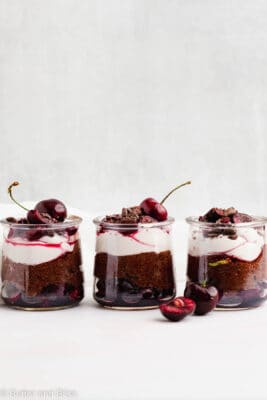 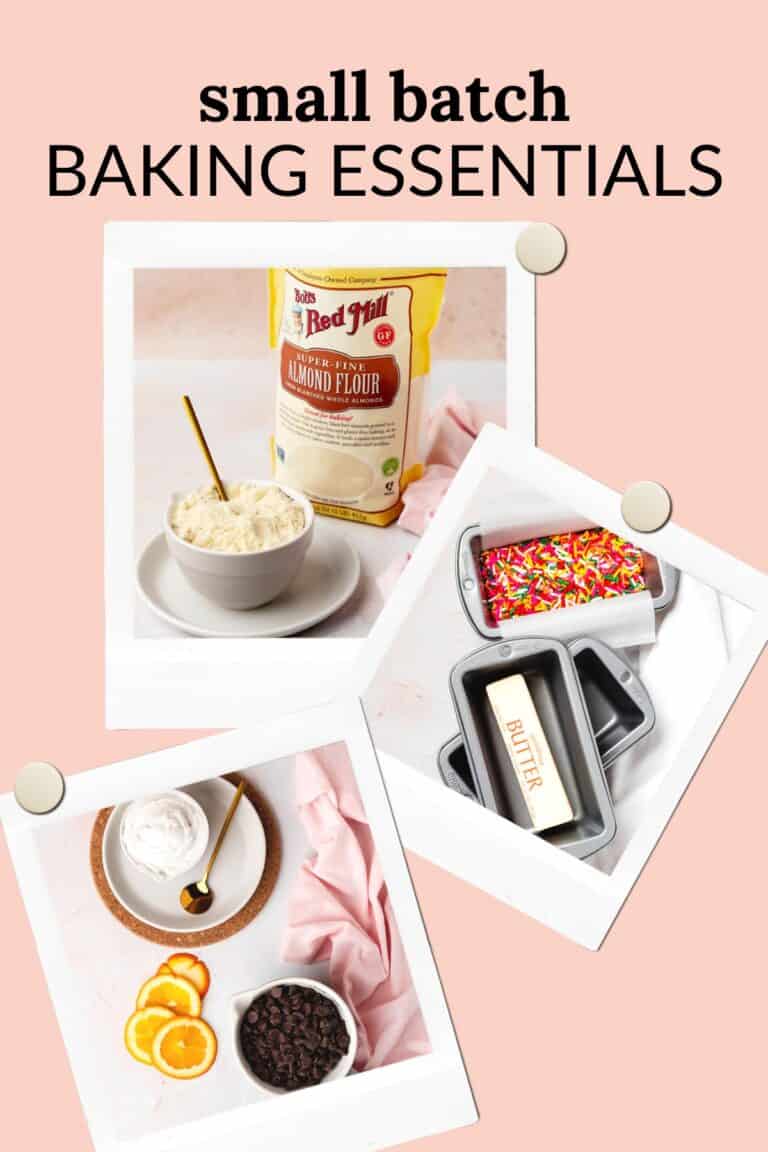