This is an easy small batch recipe for Pumpkin Spice Whoopie Pies.  The Pumpkin Whoopie Pies are soft, full of Fall spices, and generously filled with a cinnamon maple cream cheese filling.   This is an easy dessert recipe to make to celebrate the delicious flavors of Fall!

Is it just me, or does it seem like every year after Labor Day, we go into full Fall baking mode?  I also wonder, why do we go with pumpkin first?  Perhaps it is because our local Starbucks gets so excited to launch the Pumpkin Spice Latte?  Or, because we have had our fill of berries and ice cream all summer that pumpkin is our way of embracing the change of seasons.

Whatever the reason, I am here for it.  But, let’s be honest, I was testing pumpkin dessert recipes about a month ago.  Life of a baking blogger I suppose!

And this small batch recipe of Pumpkin Spice Whoopie Pies was one of those desserts.  The original recipe was one whoopie pie larger, and I used coconut sugar.   And while I haven’t totally vacated the idea of using coconut sugar, I don’t think it had a place in this dessert.

Features Of The New and Improved Pumpkin Spice Whoopie Pies

What Is a Whoopie Pie

Good question, because the name doesn’t imply anything about what these little treats are.  According to Wikipedia, a Whoopie Pie is two round, mound-shaped pieces of cake (traditionally chocolate), that are filled with a sweet and creamy filling.  Easy enough.

With that, it still begs the question is a Whoopie Pie a cookie or a cake?  I think the answer will depend on who you ask.  The batter itself is similar to a cake batter.  However, I would argue that the end result is much different than a cake.

Is A Whoopie Pie A Cookie Or A Cake

All that said, I am on team a Whoopie Pie is a cookie.

Cream cheese frosting is a perfect pairing with pumpkin.  The slight tang and thick texture is a great compliment to the soft whoopie pie.  And when you whip cream cheese with heavy cream, the result is the most decadent thick filling.  Which makes cream cheese filling a great base for any flavor combinations, but for this recipe we stay on trend and use a delicious combination of Fall spices and flavors.

Can this recipe be doubled?

I have not test a larger batch, and can’t say for certain how doubling the recipe would turn out. If you do try it, you may want to try one whole egg, instead of two egg yolks. Let me know if you try it!

What can I make with the extra egg white?

I have a few recipes that use an egg white! The Gluten Free Sugar Cookies, or the Marshmallow Meringue Frosting, or Toasted Coconut Macaroons are just a few.

What can I make with the leftover pumpkin puree?

I have a full section of pumpkin recipes (some with just pumpkin spice flavor). Everything from Pumpkin Bread to a fancy Pumpkin Roll Cake!

Can I make smaller whoopie pies?

You can! If you want more whoopie pies but in a smaller size, just scoop smaller portions of the batter. Keep an eye on your bake time as the smaller cookie cakes may not take as long to bake.

Do I have to use pure maple syrup in the cream cheese filling?

I recommend it for the flavor. However you can substitute all powdered sugar if you prefer.

What will the filling taste like if I use pumpkin pie spice instead of the cinnamon?

I think the filling will still taste delicious. However, all of the spices may overpower the other flavors in the filling – like the maple and cream cheese.

How should I store leftover whoopie pies?

I recommend storing them in a covered container in the refrigerator. Only because of the cream cheese filling.

Can extra whoopie pies be frozen?

Yes! I would wrap each individually in a a plastic bag or plastic wrap. They should keep for up to 3 months. When ready to enjoy, thaw them in the refrigerator (because of the cream cheese filling)

Looking for more Fall Dessert Recipes?  I’ve got you covered with special recipe categories specifically for pumpkin AND Fall! 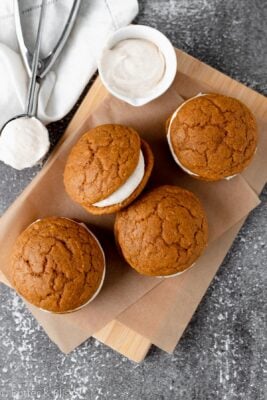 Yield: 4 Whoopie Pies
It wouldn't be Fall without a pumpkin cookie, and this small batch of Pumpkin Spice Whoopie Pies are a delicious way to celebrate the season.  This is an easy, small batch recipe for whoopie pies that are soft, full of warm spices, and filled with a cinnamon maple cream cheese filling.
Prep15 mins
Cook10 mins
Total25 mins

Course: Dessert
Cuisine: American
Author: Erin Cernich
Liked the recipe?Let us know how it was!
Bookmark the Baking Resources page for a helpful list of kitchen tools and ingredients for recipes on the blog! 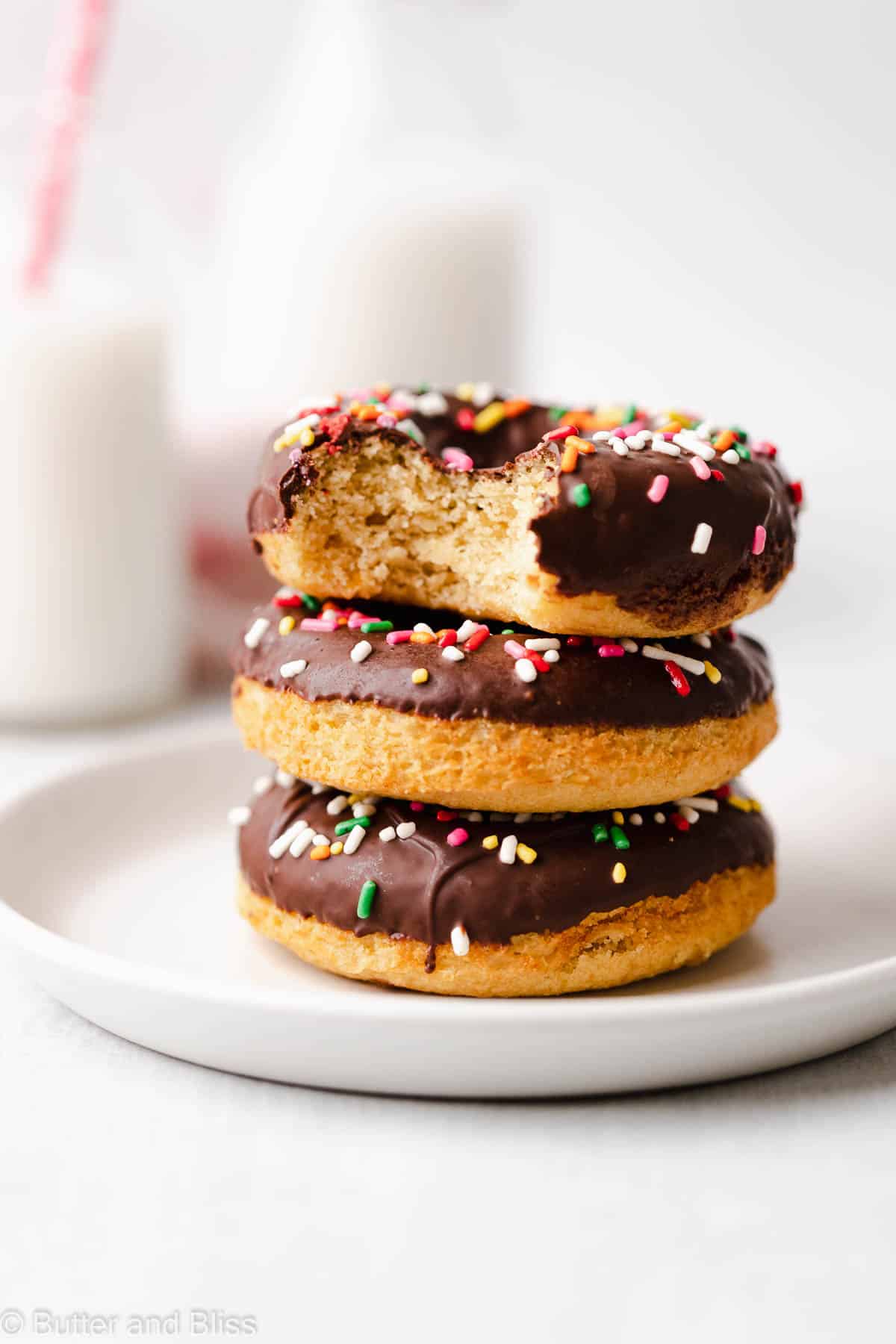 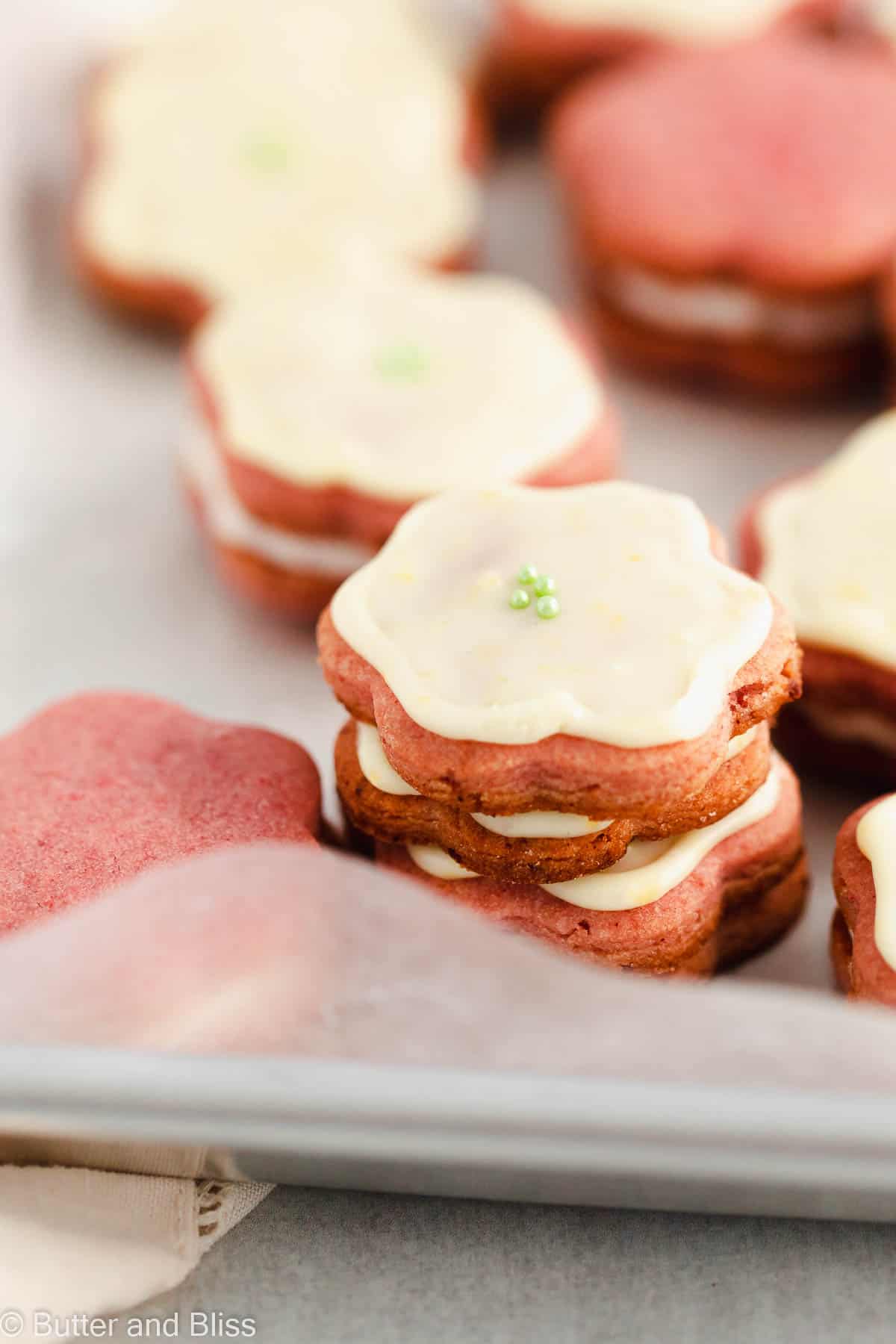 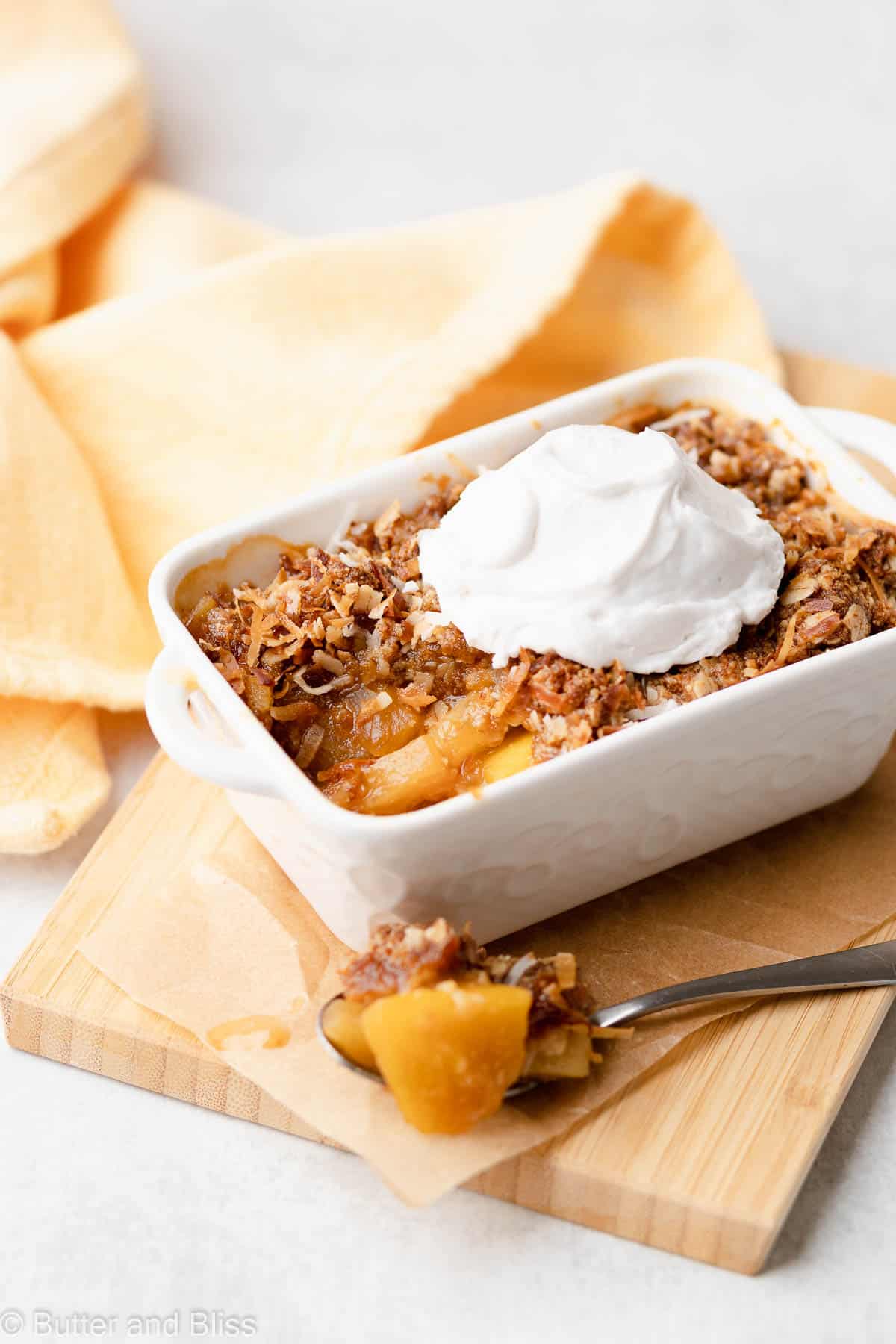 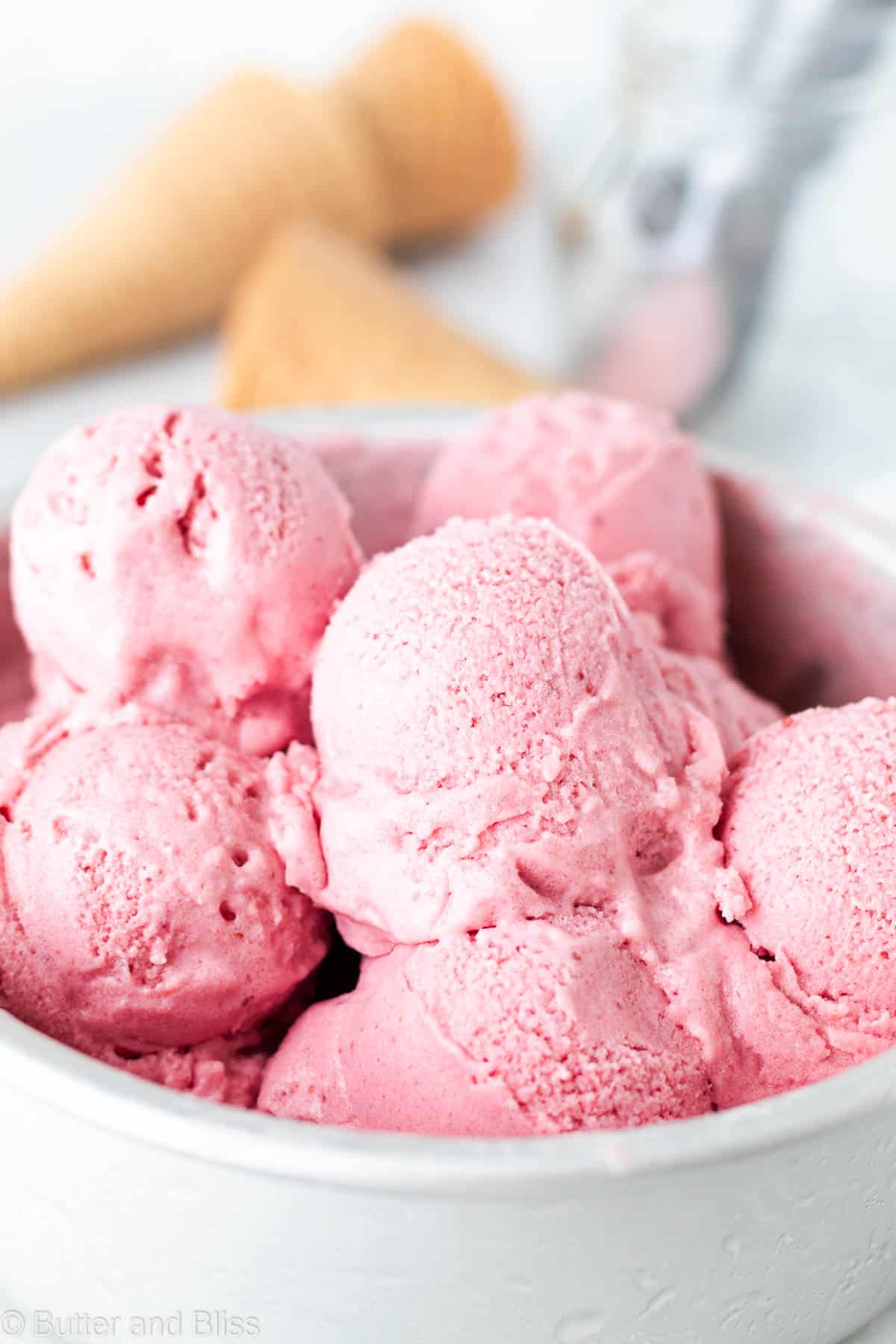 sign up to receive FREE recipes - delivered right to your inbox!